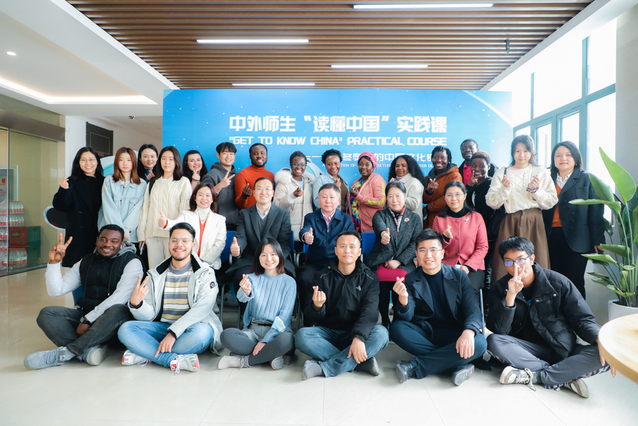 At the beginning, Vice President Yao Li warmly welcomed guests and declared the activity open. Then, President Yang Canming expounded Chinese culture and Chinese spirit reflected in the Beijing Winter Olympics. He emphasized that the ever-changing international situation stimulated us to lodge the purpose of the Olympics firmly in mind. It is essential for all countries to help and integrate with each other, as well as learn from each other and make efforts together for the shared future. 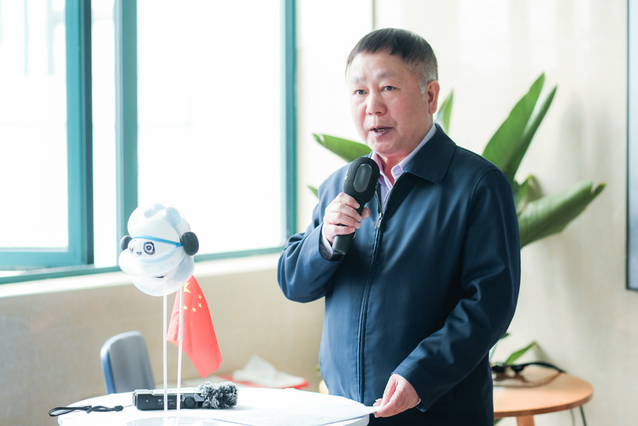 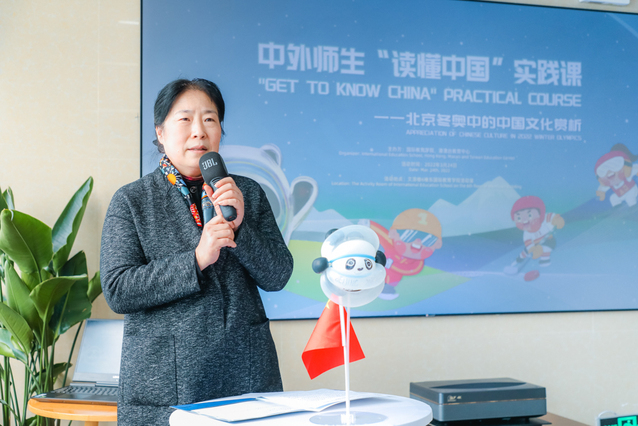 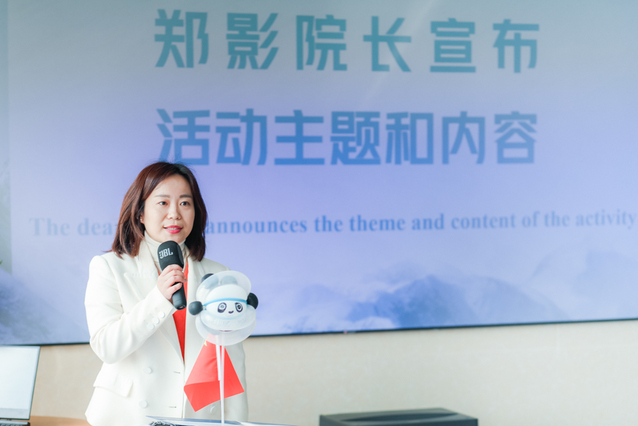 The guests joined the students in handiwork and communicated with them cordially. Ai Jing, a student from Turkmenistan, and Julian, a student from Colombia, sent their handmade Bing Dwen Dwen to the guests. They put forward the hope to move forward with ZUEL to the shared bright future. 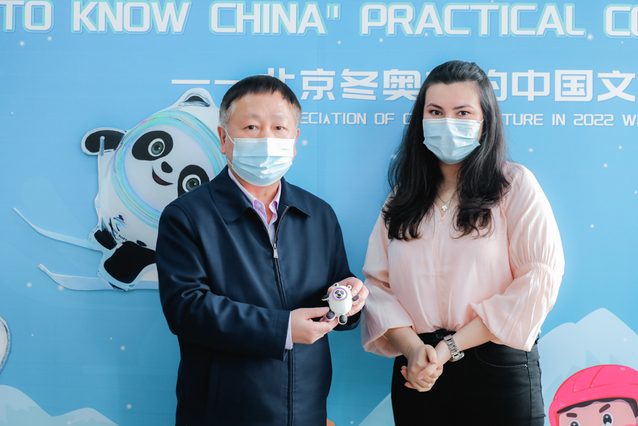 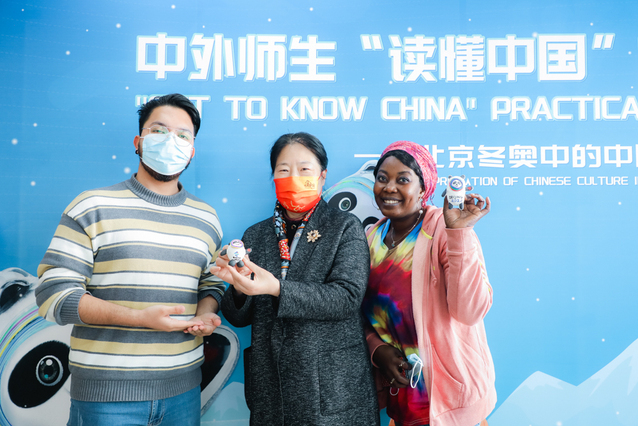 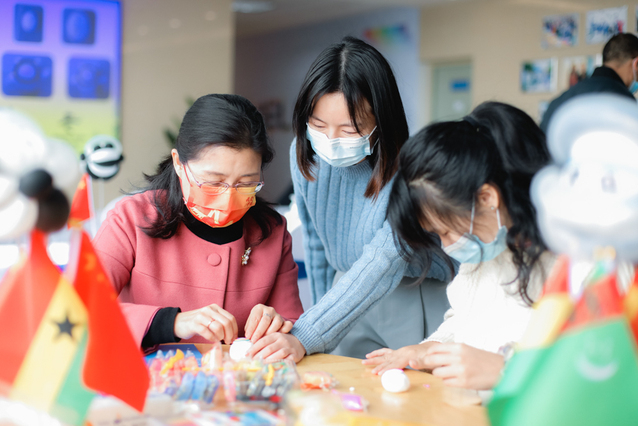 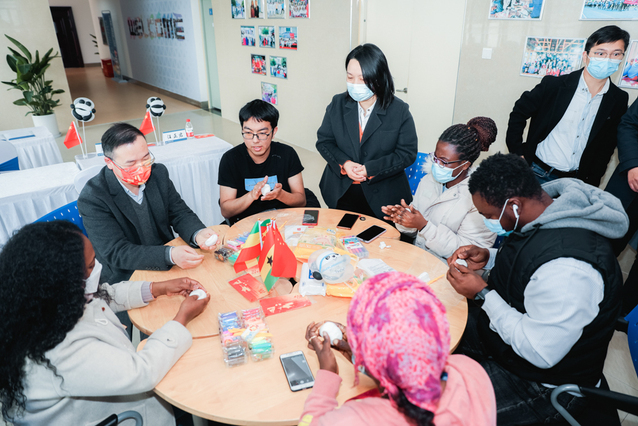 In Chinese culture appreciation, the second part of the activity, Li Muzi interpreted Chinese culture contained in the emblem, medals, venues, etc. of the Beijing Winter Olympics. With the topic of colorful Chinese elements, a Chinese culture feast was presented for teachers and students at home and abroad. 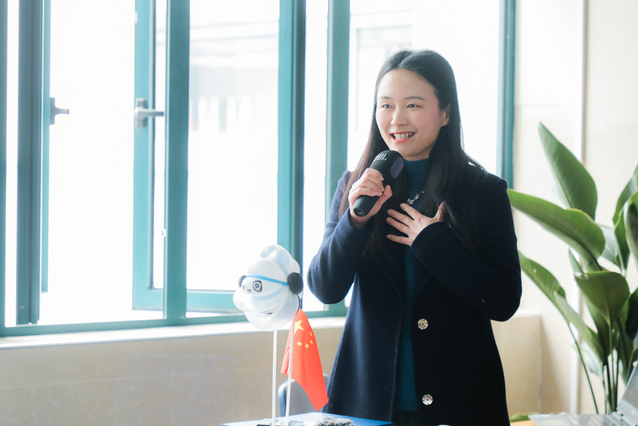 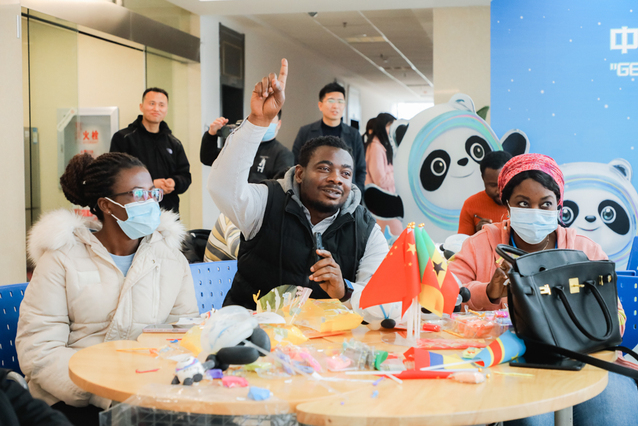 This activity marks another vivid practice of 'Get to Know China' series courses of national conditions education in International Education School. The activities encourage the teachers and students to further promote the spirit of the Winter Olympics, disseminate Chinese culture, and put 'Winter Olympic' impetus into the cultural and labor education in our school.