News Network (Correspondent: Xu Jianfei) In order to lead college students to know more about the revolution and development of state-owned enterprises, make SOE to play a better role in talent cultivation, promote the combination of courses and practice and use all sources to cultivate talents in an all-around way, the opening ceremony of “SOE Leaders Being Teachers” Activity and the first lecture has been held in ZUEL in the afternoon of May 9th in the conference hall in Wenquan Building. 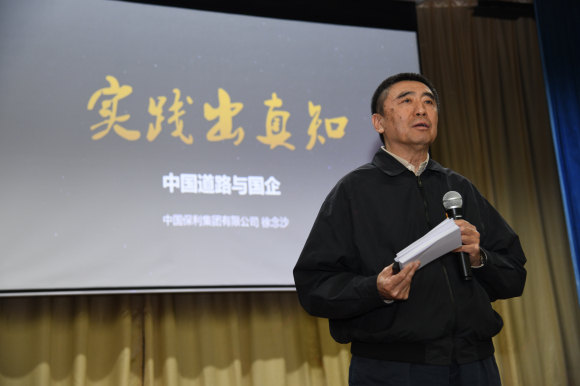 Many leaders from SOEs and ZUEL attended this activity, including the secretary of CPC and chairman of China Poly Group Corporation Limited, XuNiansha; the deputydirectorgeneral of SASAC Propaganda Bureau, Liu Fuguang; the deputy secretary of CPC and general manager of China Poly Group Corporation Limited, Zhang Zhengao; the deputy general manager of China Poly Group Corporation Limited, Zhang Xi, the employeedirector and chairman of the labor union, Fu Jun; the secretary of CPC of ZUEL, Luan Yongyu; and the member of the standing committee of CPC and president of ZUEL, Yang Canming. The deputy secretary of CPC of ZUEL, Wang Wengui, held the event. Besides, Publicity Bureau of SASAC, relevant departments of companies of Poly Group, Poly Property Group Co., Ltd.Poly Development Wuhan Company, Hubei Poly Investment Company, leader from Poly Qintai Theater Management Company, heads of the relevant department of the school, the secretary, deputy secretary, all counselors, more than 300 student representatives and Xinhua News Agency, China Education News Journalists from the news media such as Hubei Daily participated in the event. 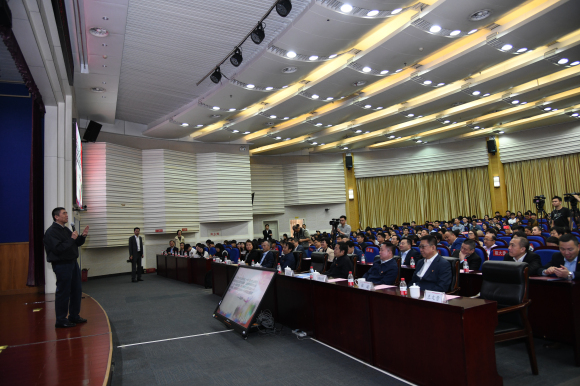 In the speech, the party secretary of ZNUEL, Luan Yongyu, said that in the development process of the Poly Group, there are many excellent role models, model workers, and superb craftsmen. They have shown strong patriotism, dedication, innovative spirit and entrepreneurship. The clear manifestation of the traditional culture of the Chinese nation and the spirit of the age is also an important ideological element of the university’s pursuit for morality and character building. 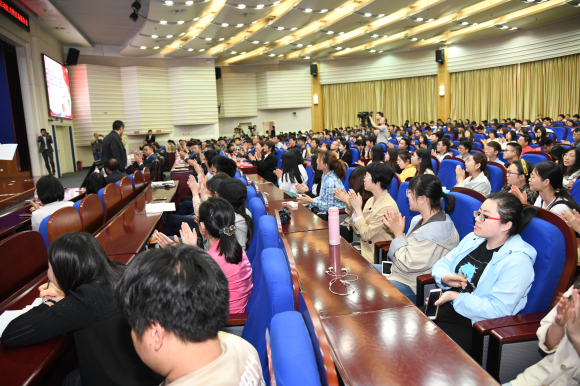 At the launching ceremony, Xu Niansha, secretary of the Party Committee and Chairman of China Poly Group, was appointed as a special professor of our school. Yang Canming, member of the Standing Committee of the Party Committee of ZNUEL, issued a letter of appointment for Xu Niansha. Subsequently, Chairman Xu Niansha made a special report entitled “Practicing True Knowledge –Chinese Development Path and State-Owned Enterprises” for the audiences. 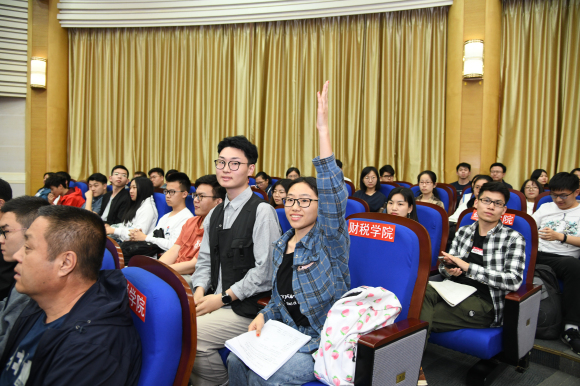