News Network ( Correspondents: Sun Yuting, Xu Huichao, Yan Lina, Zhao Kan) This year is the 104th birth anniversary and 20th death anniversary of the late master of accounting of our school Yang Shizhan, who was a notable accounting scientist, thinker and educator. Recently, our school held an academic thought of Yang Shizhan seminar to remember and commemorate Mr. Yang and his academic thoughts to inherit his educational ideas and promote the construction of accounting discipline. And the bronze statue of Mr. Yang, which was donated by Bank of China, was placed on the same day. 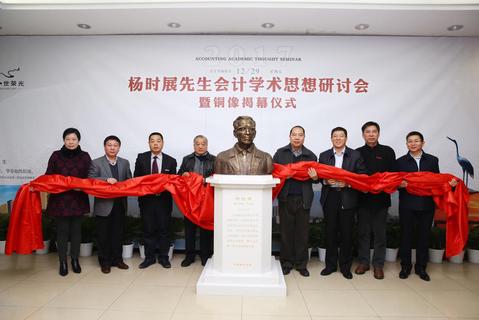 600 treasured books of Mr. Yang were donated by his family members to our school’s planed History and Culture of Accounting Museum, and a donation certificate was given to them by Professor Luan for showing gratitude. A section will be set aside for Mr. Yang’s book collection in the museum. 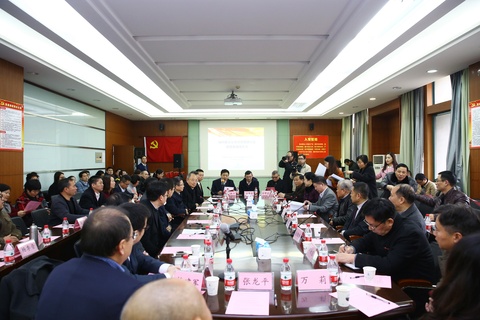