Teachers and students are moved by Jiang Fuan, a young alumnus who died in an accident while on duty

News Network（Reporter Pan Changgang）Jiang Fuan, a cadre in Audit Bureau at Liangshan Yi Autonomous Prefecture , Sichuan province, alumni in  class  2010 whose major is finance. when he worked as the first secretary in Sieji village, Jiukou township, Meigu county, he suddenly got an illness because of his working overtime on precision poverty alleviation.  He died on 22th August 2016 after rescue is not valid at the age of 26. Hearing the news, teachers and students all feel very sorrow for him, they are moved by his working on grassroots in poor mountain village.  Chair of the University Council Zhang Zhonghua, President Yang Canming require relevant departments to promote his stories to all the teachers and students, and then to disseminate positive energy to the whole society. 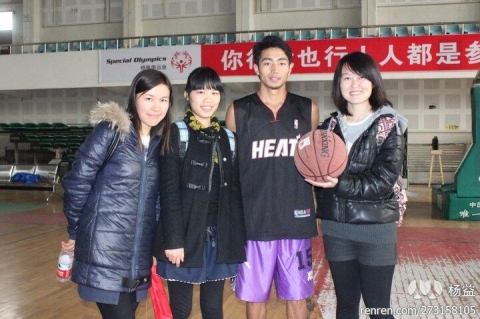 Jiang Fuan, a male ethnic Yi form Yanyuan county ，Sichuan province. He was born in December 1989 and studied finance in finance and taxation school from September 2010 to June 2014. He joined the CPC in June 2012, and was elected as a civil servant in Audit Bureau at Liangshan Yi Autonomous Prefecture, Sichuan Province in October 2014. He became the first secretary in Sieji village, Jiukou township, Meigu county in August 2015, two months later, he became a senior staff in Audit Bureau.

According to the introductions of Jiang’s colleagues and local people, during his work as the first party sectary, he fully played a core leading role of two village committee and party member, took the villager’s thing as his own thing. He visited their homes and went farmlands to discuss ways of shaking off poverty. He married at the beginning of the year, while his parents were in a bad health and his two younger sisters still needed to go to school, but he knew deeply the importance of poverty alleviation. He devoted to poverty alleviation, whatever on the weekdays or on the weekends, he always worked overtime. He had a heart to think about the poor village, took villagers as his own family members. We could see his work footprints on the ridge of Meigu Mountain, at the farmlands in Sieji village, in the houses of local people. In the eyes of his colleagues and local villagers, he was a good brother, a good colleague, a good friend as well as a good son.

After hearing the news of his death, Wang Hualu, the sectary of school of finance and taxation, feels very grieved. she says “Jiang is one of the excellent students in class 2010 who join the CPC early, his performance in school is very good. After graduation, he passes the local civil service exam with a good grade. After that, he devotes his youth to grass-roots work and gets remarkable achievements on ordinary post. we are proud of him”.

Jiang is also appreciated by his counselor Pan Changgang. Pan says, “He is a kindhearted, low-key, sincere and righteous man who always tries his best to help others when they are in trouble. He is ever the class leader who takes the class thing as his own thing and famous for his hard working.

“He is black and tall with not much word. But he is always the first one to actively participate in class activities. We all like to call him ‘Brother An’”. Jiang’s friend, monitor Zhang Nana says.

After hearing that Jiang was died on his duty, school leaders feel grieved and regretful. They are moved by his advanced deeds. In the meanwhile, they also feel proud that Jiang who devoted his youth to serve people on grass-roots post was graduated from ZUEL. Chair of the University Council Zhang Zhonghua, President Yang Canming require relevant departments to assist local government in helping and supporting Jiang’s family. They also express that relevant departments should publicize Jiang’s advanced deeds and lofty character so as to spread the positive energy of our alumni.